Reykjavík is one of the smallest capital cities in Europe but has a fascinating history rooted in the great Sagas and its unique location within a land of diverse landscapes – all filled to the brim with beautiful nature.  From the Vikings of old, to the architects and innovators of contemporary culture, many different groups have influenced the shaping of the capital area into the vibrant city it is today.

Reykjavík is a modern European capital with all the governmental institutions you’d expect to find in a metropolitan city. It has a thriving culinary scene with many outstanding restaurants, and a diverse cultural life, with a variety of interesting museums, theatres, galleries, sports facilities and some first class universities.

Whether illuminated by the unending daylight of summertime or the spectacular Northern Lights during the winter, Reykjavík has become a popular alternative travel destination for all seasons, offering a myriad of adventures and a paradise of possibilities for all who visit!

With our extensive network of well-maintained footpaths and cycling routes, threading through some of the city's numerous parks and nature reserves, visitors to Reykjavík won't have to travel far to make a quick break from city life and explore the wilds of Reykjavík. The only problem is deciding which get-away method of transportation to employ! Be it rollerblading, cycling or simply on your own two feet, a little escapade to Eden awaits around every corner in Reykjavík with a seasonal soundtrack of nature to keep you company.

The City of Reykjavik was designated as a UNESCO City of Literature in August 2011. The title is a permanent one. 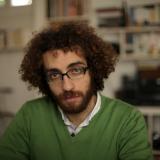 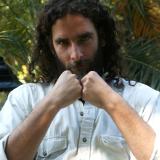